We moved to New York last month, and because we are going to build a home here, we are renting an apartment with 90% of our belongings in storage, including all of our holiday decorations.  I wish I could say it was easy enough to just go get them out of storage, but I’m afraid to say that’s nigh until impossible.  It’s a huge unit, stacked floor to ceiling, front to back with furniture and boxes, and everything would have to be moved out and looked through to even have a chance of discovery. We’re talking hours and hours of work, for a low percentage of success. So…I decided to just create a few new fall and Halloween decorations, because we all love when we have a bit of the season in our home.  And I can always use a good excuse to make something.  :)  First up?  A wreath for the front door!  I made a darling Yarn Pom-Pom Halloween Wreath, and it’s so easy and fun!

This was so fun to make! I love the look of the yarn–my kids say it looks like spiders.  So spooky, and perfect for Halloween!  I made a bunch of yarn pom-poms, then tied them on to a wire wreath frame.  I found the cutest polka dot burlap at JoAnn Fabric, and knew it would be just the right thing for the bow–and it is!

This was a one night project, which I love.  I turned on a movie, and started making my pom-pons!  If I was making them for another purpose, I would have trimmed the pom-pons down to resemble little balls, which is a more common way to use them.  But I wanted them to be longer and more straggly for this wreath.  You can cut them as short or as long as you like, if you prefer!

Here’s how to make your own Yarn Pom-Pom Halloween Wreath!

-burlap, fabric, or ribbon for the bow

-felt bats for the center, or another garland

2.  Wrap the yarn around the two toilet paper rolls, until you have a good amount on there.  I didn’t count or anything, just went by the way it looked. It may take a little experimentation, but after a couple, I got the hang of it.

3.  Cut two pieces of yarn, about 8 inches long.  While it’s still on the rolls, tie a piece of yarn directly in the middle of the yarn.

4.  Slide it off the rolls, then tie the other piece in the middle as well.  I couldn’t get the first piece tight enough, so the second one is to secure it. 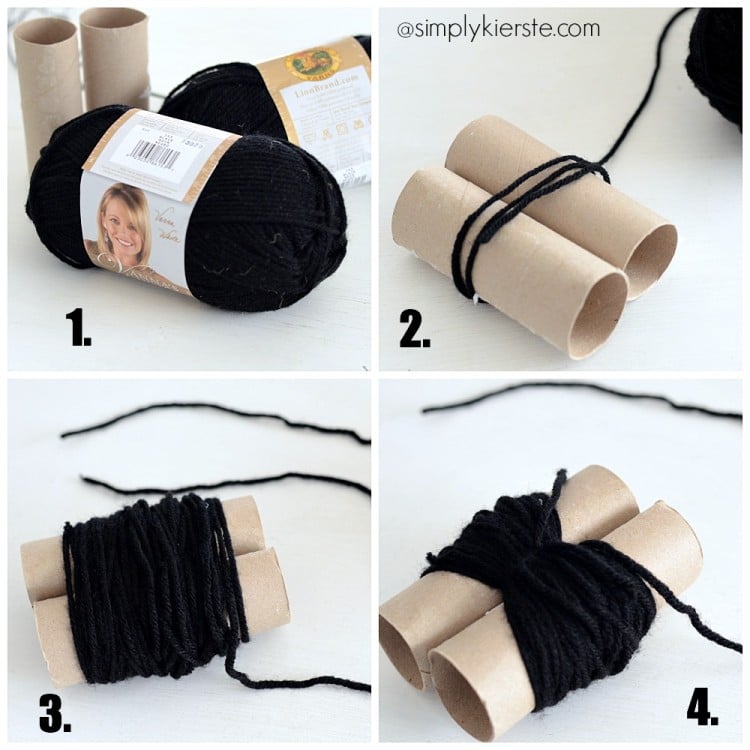 5.  Take your scissors, slide it into each side where the loops are, and cut! This will create the pom-pom.

7.  Cut a piece of yarn thats about 10 inches long.  Poke it through the piece of yarn that you tied in the middle of the pom-pom, so it goes through each side.  This is going to help you tie it on to the frame, and keep it secure.

8.  Place the pom-pom on the front of the frame where you want it to be, then flip it over (or you can just keep the frame upside down, and slide it under–whatever works for you!) and use that piece of yarn to tie it on.  You will need to weave it in and out of all the wires on the frame, or it till not be secure enough—and kind of flop over in the front.  I tried it a few different ways, but in the end, I started with the the sides of the yarn on the very outside wires, then tucked each end under the second wire, and had them meet in the middle before tying. 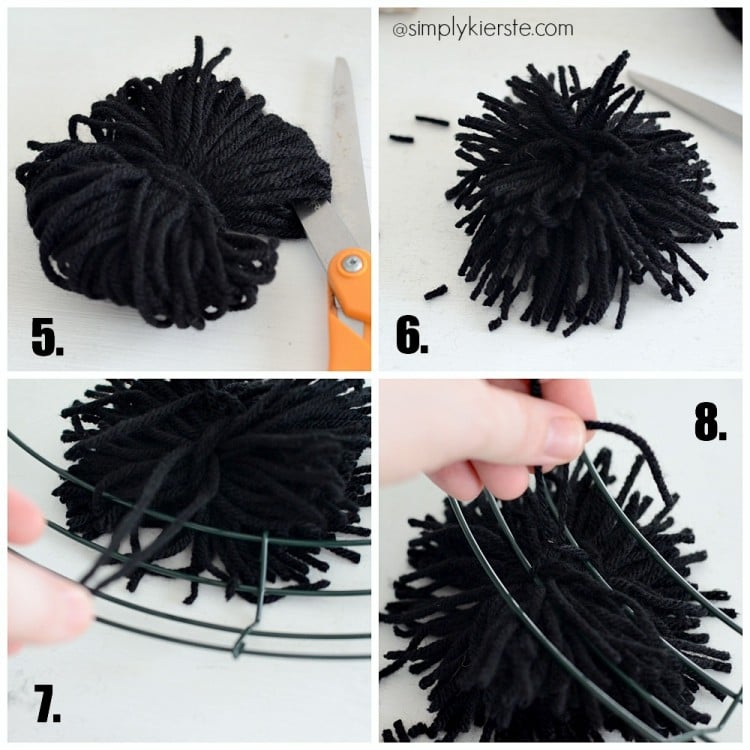 I used all my yarn, and actually wished I had a little more.  You can do one pom-pom all the way around, or add more, and double stack them to make it more full. I had no more yarn, so I couldn’t do that, but I might add it later.  It really is what you prefer–both are cute!  After they were all on, I trimmed any straggling pieces of yarn to even it all up, then tied on my bow!

I found that darling polka dot burlap at Joann Fabrics.  It was expensive (like $15 a yard), but I used a coupon and only bought 1/8 yard, so it ended up not costing very much.  I used the entire length–44 inches–for my bow. You can use anything you like–ribbon, fabric, burlap! 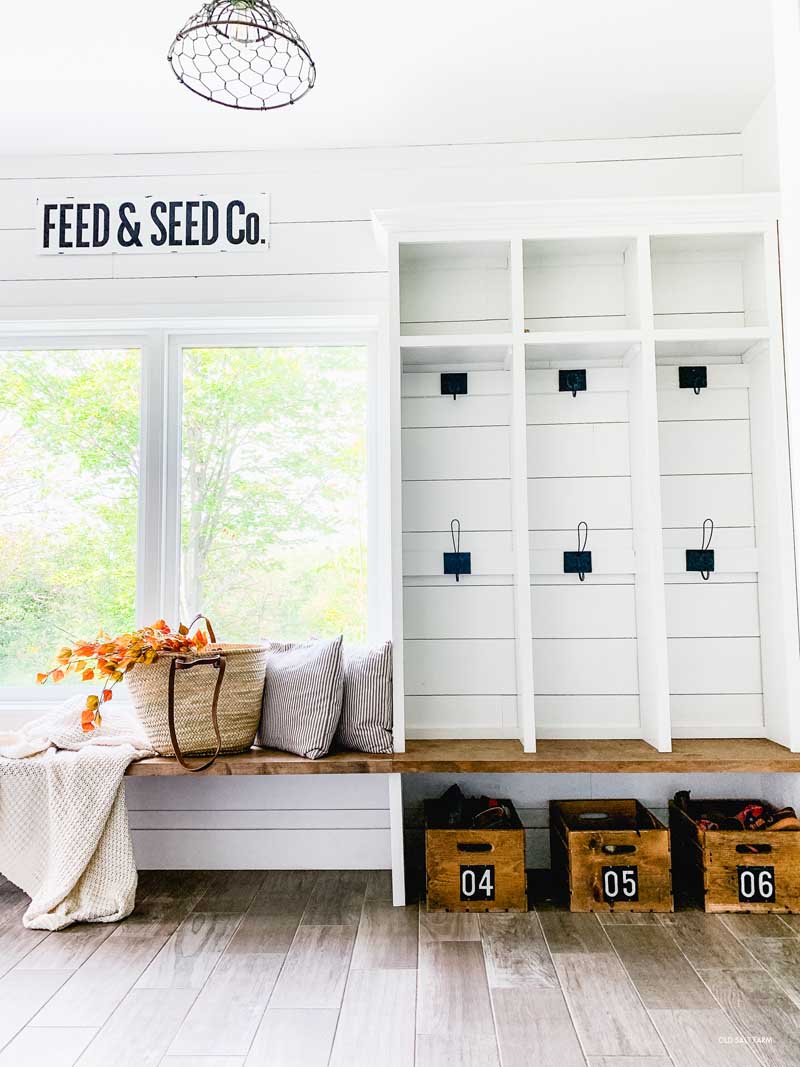 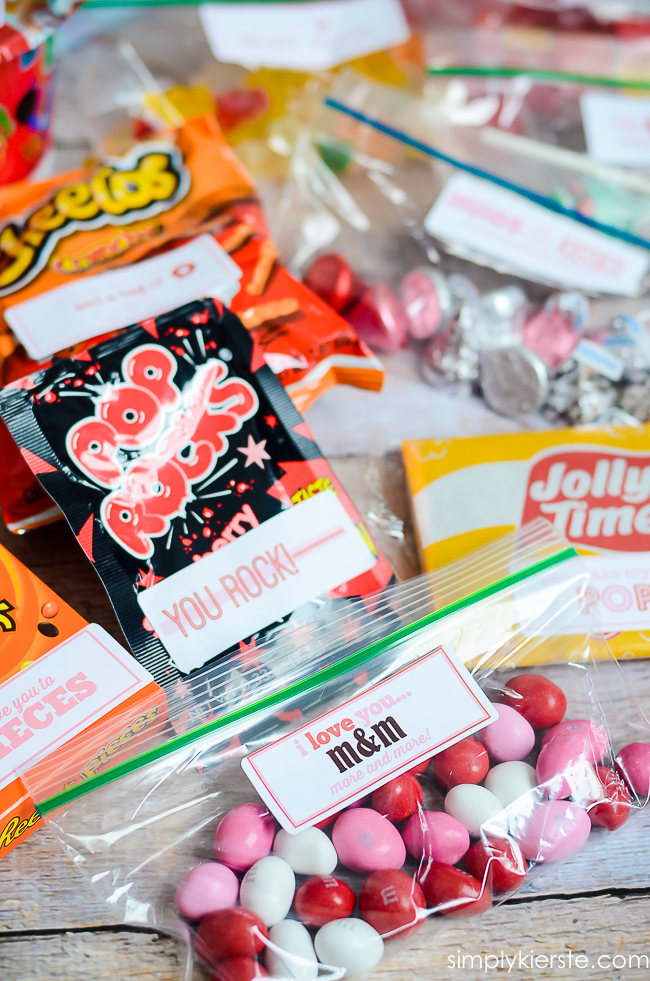 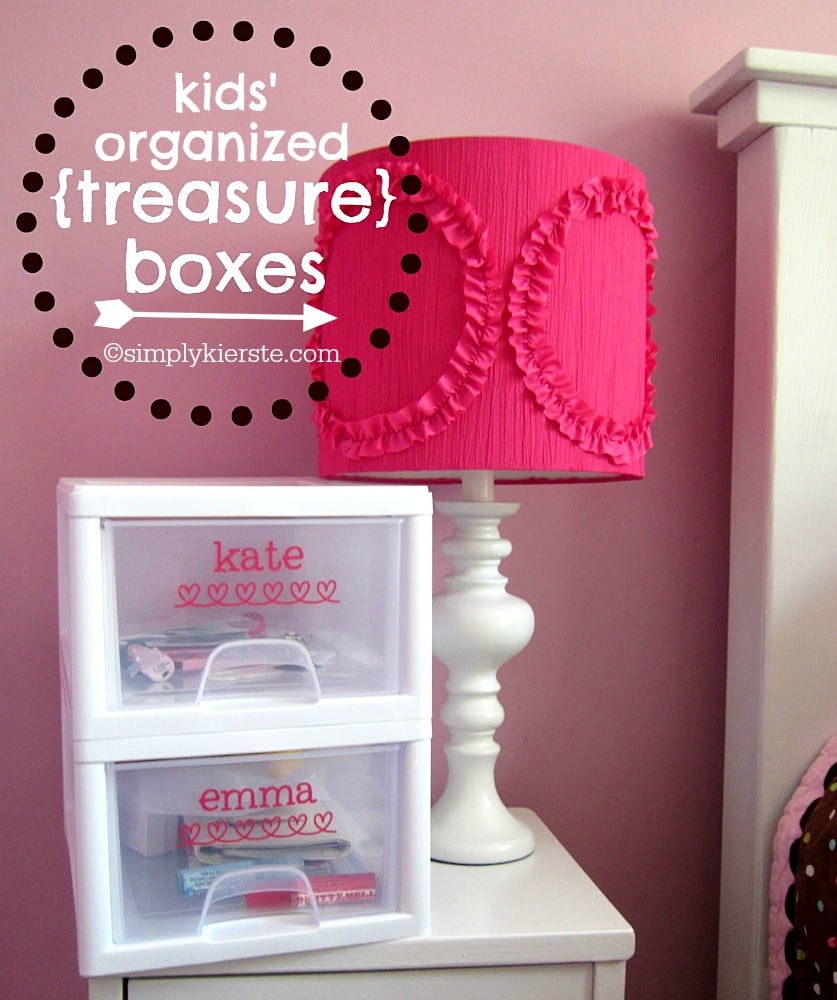