When my oldest was around five years old, we started a funny list of unofficial “family rules”, and they’ve stuck!  My husband is a pretty humorous guy who likes to nickname everything and everyone, and he started make up silly rules based on incidents that happened in our family. Over the years we’ve added to it, but they have to go through a serious vetting process in order to make it on the list. They’ve also become more official than unofficial, and we refer to them all the time.

I love having these silly rules, because it usually evokes a more positive response than it might otherwise, and more often times than not, I get a tiny smile.  Most of the time, I don’t even need to finish my sentence, and all I have to say is “What’s rule #1?”

We take following rules seriously at our house, because it keeps order, lessens the chaos, and teaches a lot of life lessons. We do have regular rules that govern how our house runs, like when to make your bed and pick up your clothes and do your homework, but when it comes to behavior, these five rules pretty much cover all the bases! 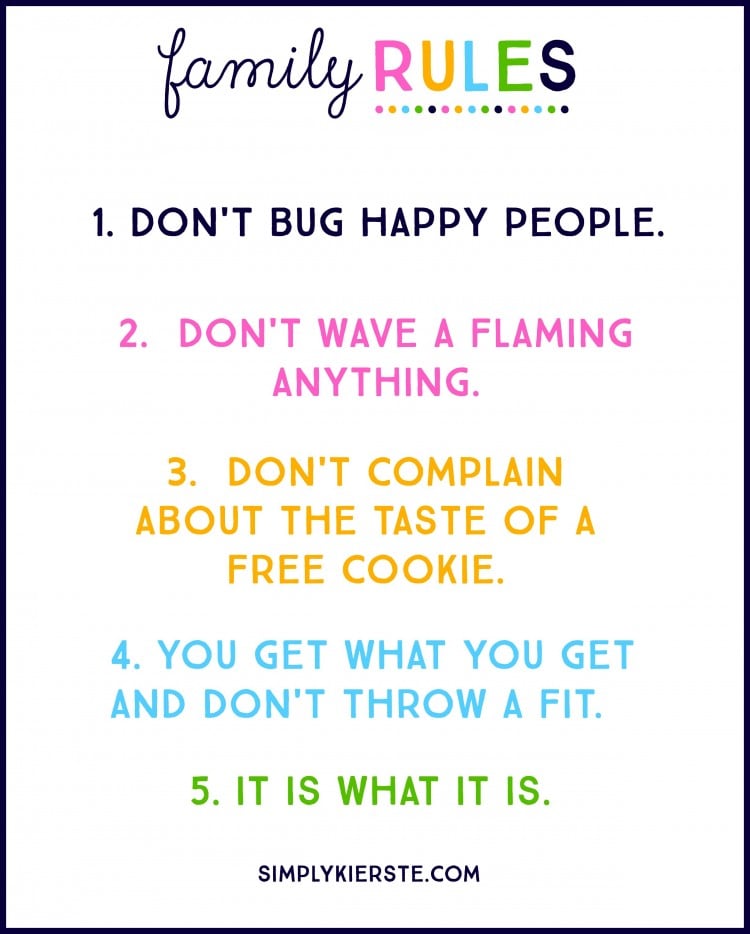 1.  Don’t bug happy people:  When you think about it, this one rule covers a lot of territory, and can prevent a lot of unhappiness all around.  It’s number one for good reason–when you don’t bug people, it eliminates all the other stuff that comes after it!

2.  Don’t wave a flaming anything: Where else would this rule come into existence except Cub Scout camp? A bunch of eight and nine year old boys with fire and the wilderness and big sticks? This rule was introduced to me when my husband and son got home from camp, and it quickly made it onto our list.  Now it translates into our no touching rule—not hitting, pushing, etc.  The terminology is so much better than “don’t hit your sister”!

3.  Don’t complain about the taste of a free cookie: I was at the grocery store with my kids, and like we usually did, headed to the bakery to get their free cookies for kids. It always helped–the kids were occupied, and I could go faster through the store. It was a big motivation for them!  One time, they were all complaining about the cookie, and how much they didn’t like it, and this rule was born.  The moral of this one is all about gratitude–being thankful for what someone has given you.

4.  You get what you get and you don’t throw a fit: Sometimes my kids think they are the parent, feel like something isn’t fair, don’t like what’s for dinner, think that they should get more hot chocolate than they did, or a myriad of other kid problems.  This is not a new rule, but it covers the bases on this one, and it comes out of my mouth quite a lot.

5.  It is what it is. I have been saying this forever, and it gradually just became a part of the list without it being done on purpose.  There are things that we can change, but there are a lot of things we can’t change, and learning to accept them with a good attitude can make a big difference.  It’s a big life lesson for a kid to learn, but it takes a lot of practice to get there. I’m still learning it too! 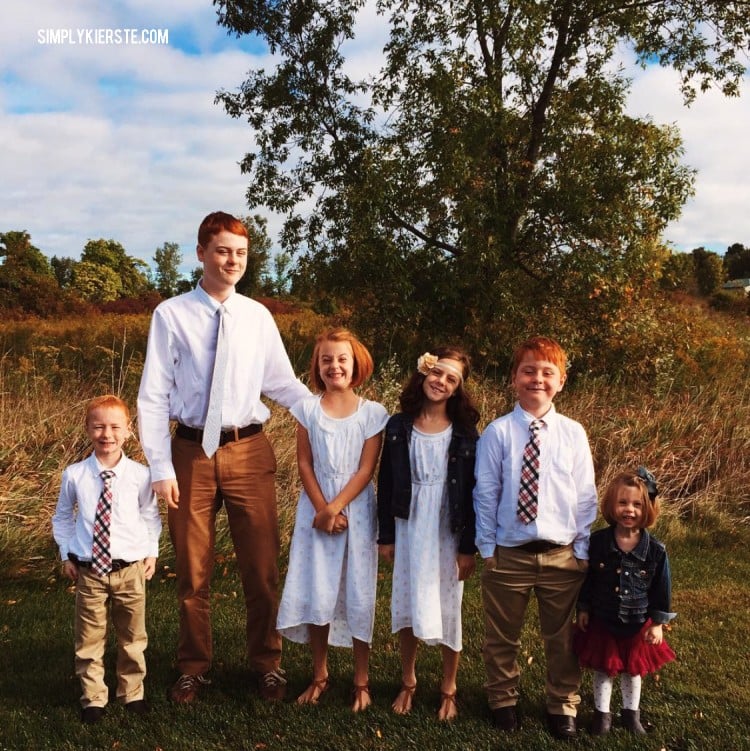 I wonder what will be next?