I’m delighted to announce that Kara, from Creations by Kara, is the newest Simply Kierste contributor! I’m so excited to have her as part of the team, and for you to get to know her. This popcorn recipe looks fabulous, and I can’t wait to try it! Don’t forget to say hello to her on Facebook, Pinterest, Twitter, and Instagram too!

Popcorn is a staple at our house. It makes a great snack, it’s inexpensive, and it’s easy to whip up. Plus there are so many different yummy ways to prepare it. This cinnamon glazed popcorn is a new favorite! 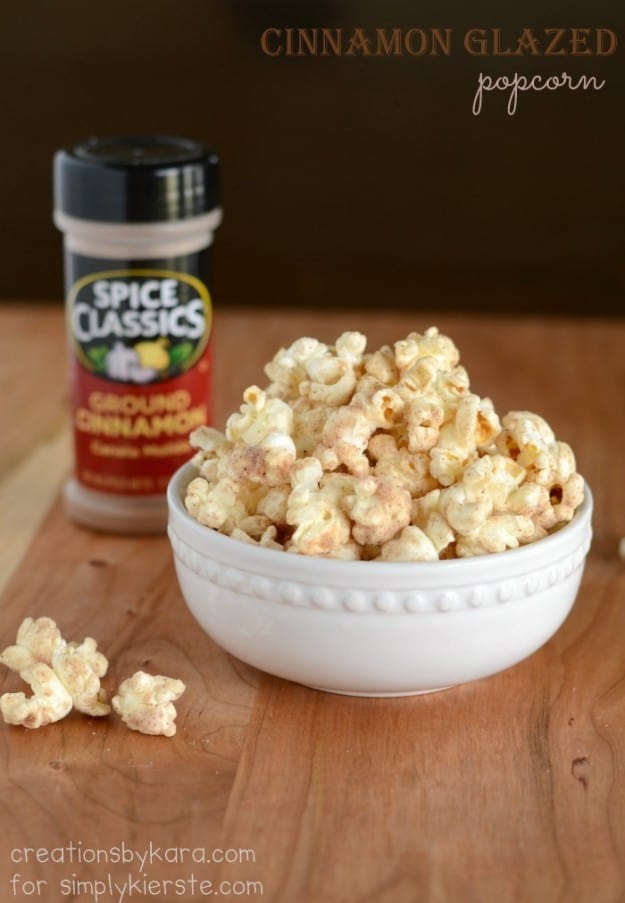 It reminds me a little of kettle corn, but it’s not as tricky to make. You just boil the syrup and drizzle it over the popcorn. No worrying that the butter and sugar will scorch leaving you a hot black mess in the bottom of your favorite pan. Not that I’ve experienced anything like that before. Ahem. 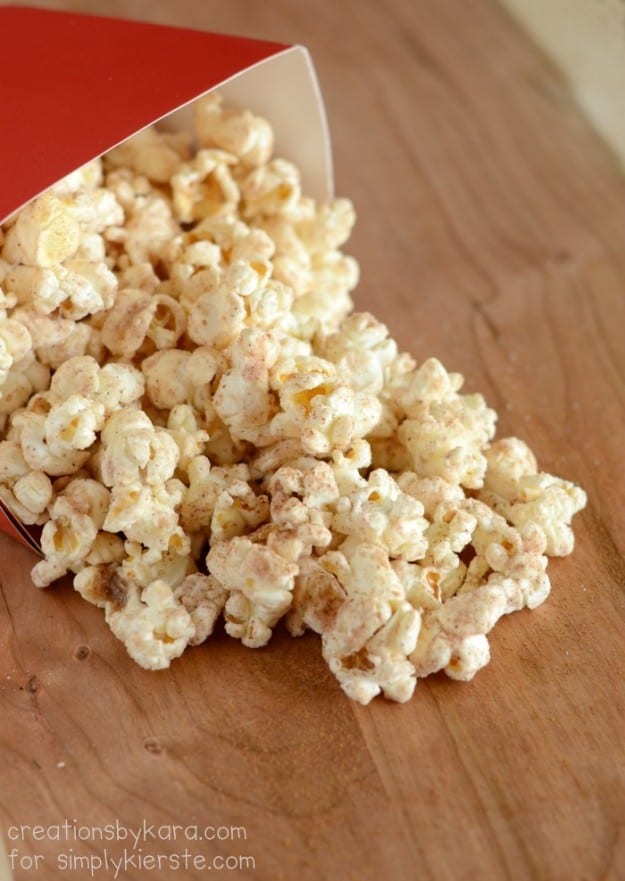 This popcorn may not look fancy, but I assure you that it tastes amazing. It’s sweet, salty, crunch, and spicy all rolled into one bowl of yumminess. 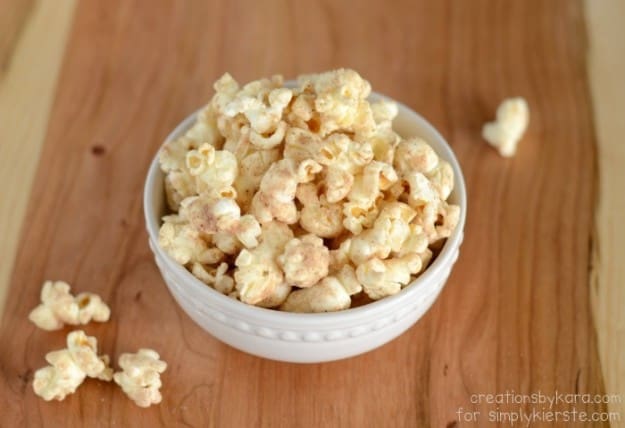 My sixteen year old kept sneaking handfuls while I was trying to take photos. Then the three year old joined him. Luckily the other kids weren’t around, or I might not have had anything left to shoot. It’s not overly sweet, so it is hard to stop eating!! I found myself eating more than I should have. But at least it’s packed with fiber, so it counts as a health food, right? 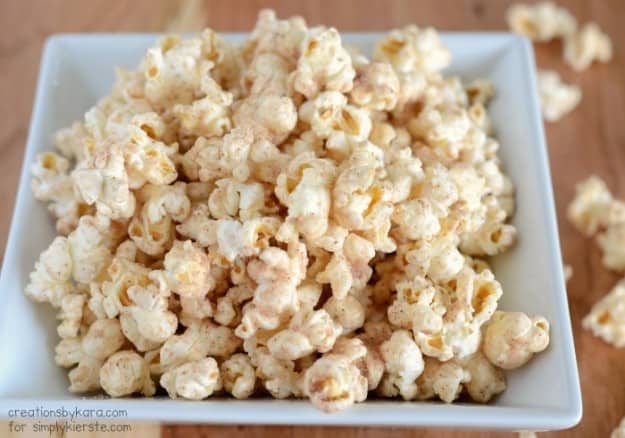 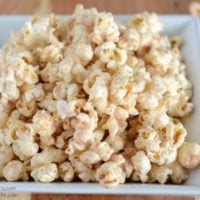