Skip to content
Sometimes we experience life-defining moments that while we’re right in the middle of them, we don’t quite realize how much of an impact they will actually make on our lives.  Nine years ago this week I had such an experience, that forever changed not only my life, but my son’s, and that of our whole family.

We had traveled to our hometown of St. George, UT, so my husband could run the St. George Marathon.  We only had Ryan at the time, who was 5 years old–almost 6.  It was typical of most vacations–too much good food, too many late nights, and a crazy schedule–so when Ryan was eating and drinking a lot, and going to the bathroom often, (and since he was fine otherwise), I just attributed them to the vacation. We came home, and what happened over the next few days is forever imprinted in my mind.

The day or so after we got home, we were at Joann Fabrics, and we were there for just under two hours.  During that time, he had to  go to the bathroom 7 times, and it wasn’t just a little.  Alarms were going off in my head, and I just knew.  I just knew that something was wrong, but I don’t think I was ready to fully accept what it was.  We are very fortunate, in that one of our very best friends is a doctor, and Ryan was in his care. I called him at home that night, explained the situation to him, and he said, “Kierste, I’m pretty sure I know what this is, but I need you to bring him into the office tomorrow so I can be sure.”  My heart sank, because in that moment, I knew it too.

Within the first 10 minutes in the office, and based on a very high blood sugar, it was confirmed that he had Type 1 Diabetes. I remember the doctor saying the words, but it was like they were rattling around in my head and wouldn’t quite resonate so I could understand them. I didn’t know everything about diabetes, but I knew enough to know that a very difficult path lay before us. The timing also couldn’t be worse–my husband was out-of-town on business, and it was going to take him some time to get home, so we were on our own for the time being.

Everything after that moved at lightning speed. A few hours later we were sitting in the Diabetes Center at the hospital, where Ryan was to receive his first shot of insulin, and I was to be trained on how to give them.  I was scared to death, not for me, but for him.  This is the kid that screamed the whole time we cut his hair, and the one that we had to use “magic rubber hands” on his fingers when cutting his fingernails. To say he was afraid of shots was an understatement–this one seemed insurmountable, and  all of a sudden we were faced with a lifetime of them.  The nurse that helped us was exceptionally kind, and when it took over a half an hour to get Ryan to have his first shot, she was right there with us, as patient as could be.  As I listened to her talk about daily shots of insulin, up to 10 more pokes a day to take his blood sugar, and counting every carb he put in his mouth, I resolved that I would be strong for him–that my fear and worry would take a backseat to my role as not only his mom, but now as his caregiver in a new way, and that I would do everything I possibly could to help him both physically and emotionally. His overall experience, and his life would be greatly influenced by how I handled things, and how well I was able to manage his care.

It seemed so crazy that we would be on our own after only a few hours of training, but there we were, at home, just Ryan and me. When it was time for the first shot, we went into the bathroom, and when I looked into his tear-filled eyes, it took every ounce of inner strength I had to stop the tears from welling up in my own eyes.  In all these years since, I’ve not known anything more heartbreaking than that one moment. The days and nights that followed were long and arduous, as we worked diligently to learn what we needed to learn, and do what needed to be done.  I worried every time I put him to bed, wondering if he would wake up in the morning.  Through it all, we had a lot to be grateful for, and we really tried to focus on all the blessings we had, and all that we had been given. He was here with us, and we had the medical technology to help keep him here.

We received an outpouring of love and support from those around us, and that honestly made all the difference.  One particular family brought us at least 40 packages of band-aids, because I had told them that Ryan insisted on putting a band-aid on every single time he tested his sugar or got a shot.  Their kindness, along with all the others, really buoyed up all of our spirits, and helped us to deal with the gravity of what was now our reality. Our doctor and friend was amazing, and I credit him for helping us get through those first weeks. Without his support, medical excellence, and dedication to Ryan, our experience would have been much, much different.  As time went on, we adjusted, and a “new normal” was born.  All the things that went along with keeping Ryan healthy and well just melded into our daily life, and it was as if it’s how it had always been.  He was in kindergarten when he was diagnosed, and the school aspect was another part that needed to be learned as we went along. We are thankful every day that our dear friend, and his doctor was placed in our life–I don’t believe that it was an accident. Through his valiant efforts, Ryan avoided hospitalization on several occasions, and he worked tirelessly to ensure Ryan’s well-being. It’s to his credit that Ryan is where he is now.

The past nine years have brought ups and downs. Ryan has struggled with wondering why this has happened to him, and dealing with being “different”.  He has shown more courage than one should have to show for a child his age, but I’m so proud of him for how he’s handled it–and still is.  I’ve seen him come far closer to death than I will ever be comfortable with, as he was hospitalized twice for DKA. He’s had to face his own mortality, and we are still teaching him about the effects and consequences of not taking care of himself now. It’s incredibly difficult to see your child have to deal with those issues long before they should have to. 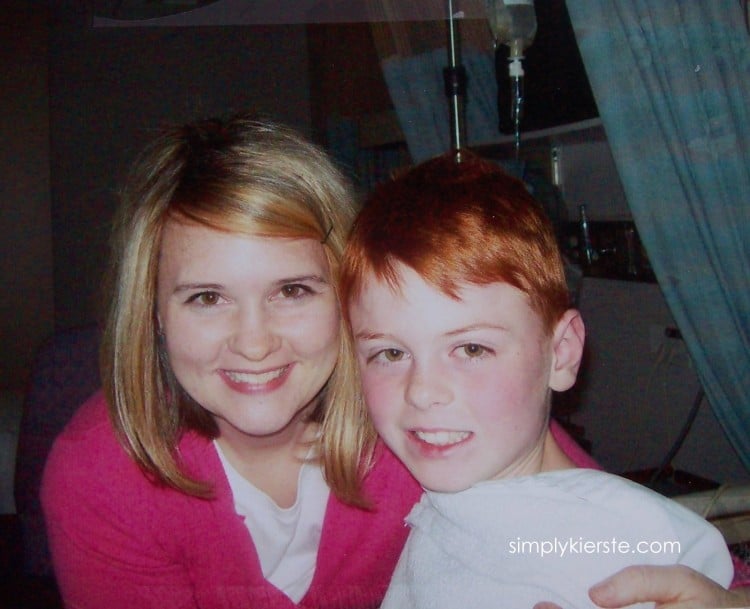 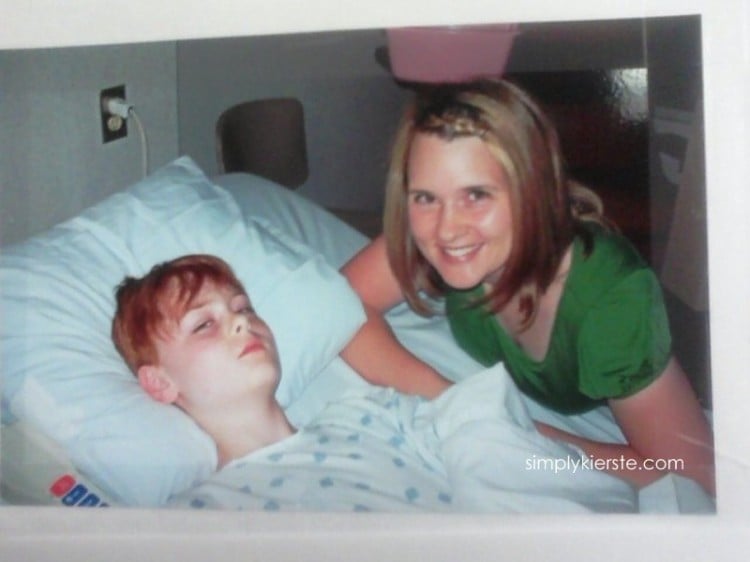 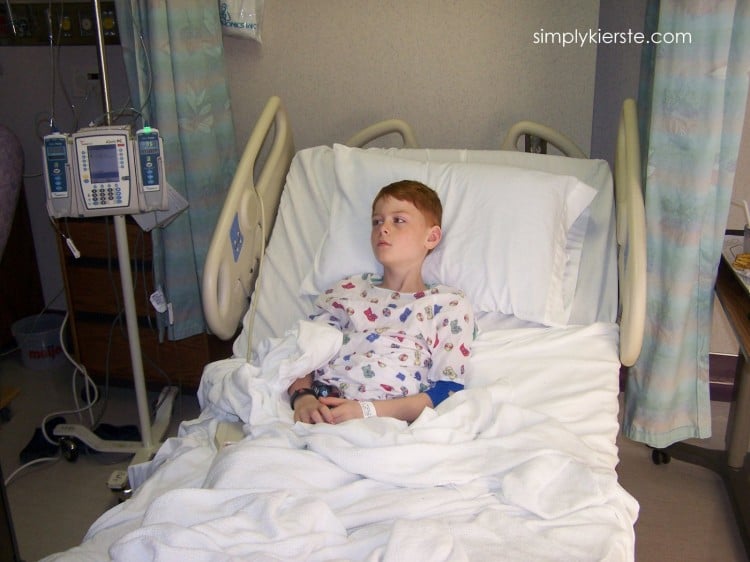 My journey has been different than his, but they’ve been side-by-side. I’ve learned a tremendous amount about the medical aspects of diabetes, but along the way I’ve gained other knowledge that I consider just as valuable.  When you’re the parent of a child that has a chronic illness, your capacity for empathy is limitless. You see other people that have their own struggles through different eyes, and you’re capable of understanding just a little more than you did before.  I believe that through our trials we’re made stronger, and the growth we can experience is unparalleled.

Thankfully, Ryan is happy, healthy, and thriving.  He just turned 15 years old, and we’re figuring out how to handle these crazy teenage years in more than just the usual ways.  Nine years in…today we’re celebrating the road we’ve traveled, how far we’ve come, the wisdom we’ve gained, and that I’m the mom of such an incredible boy. 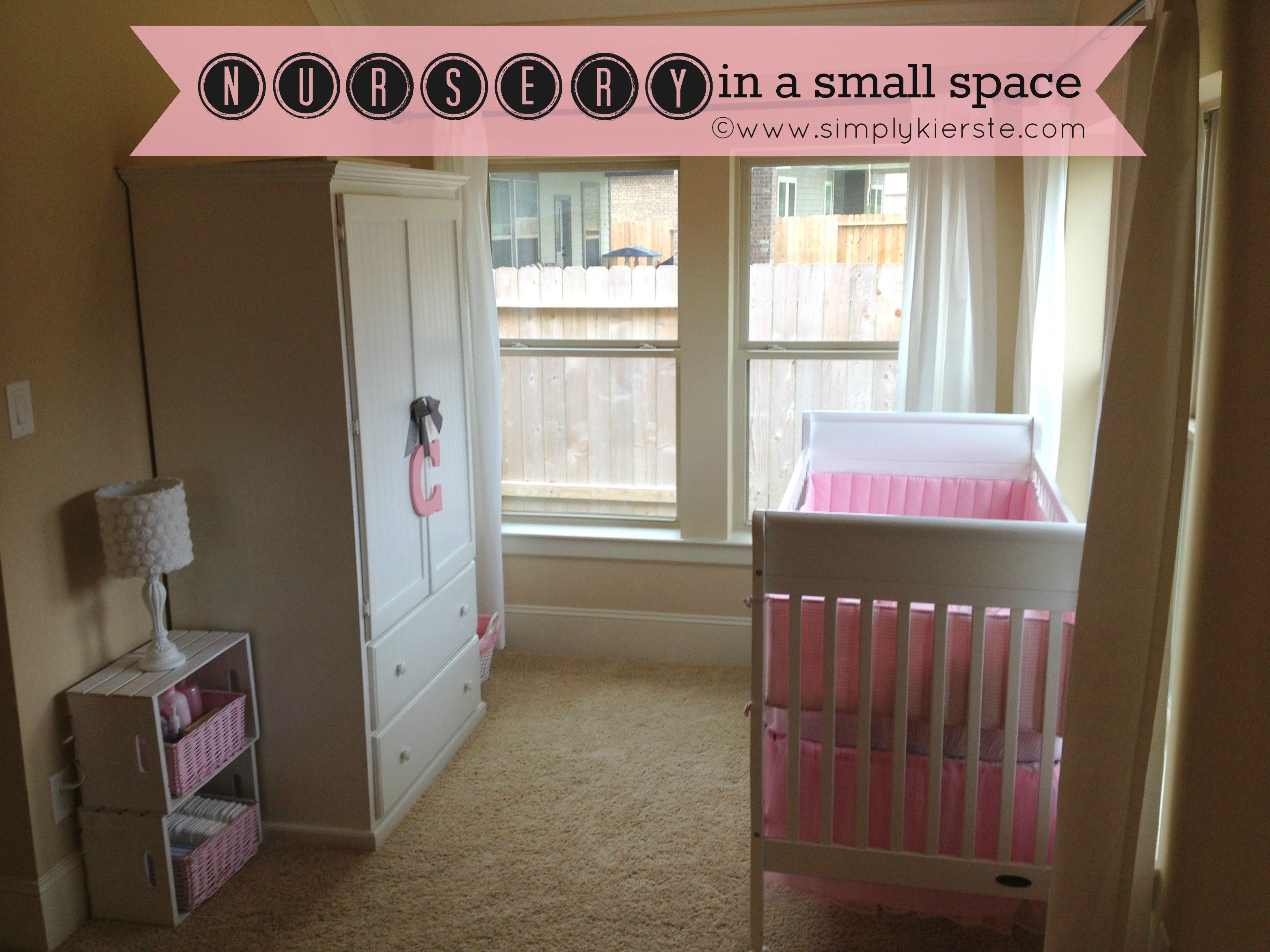 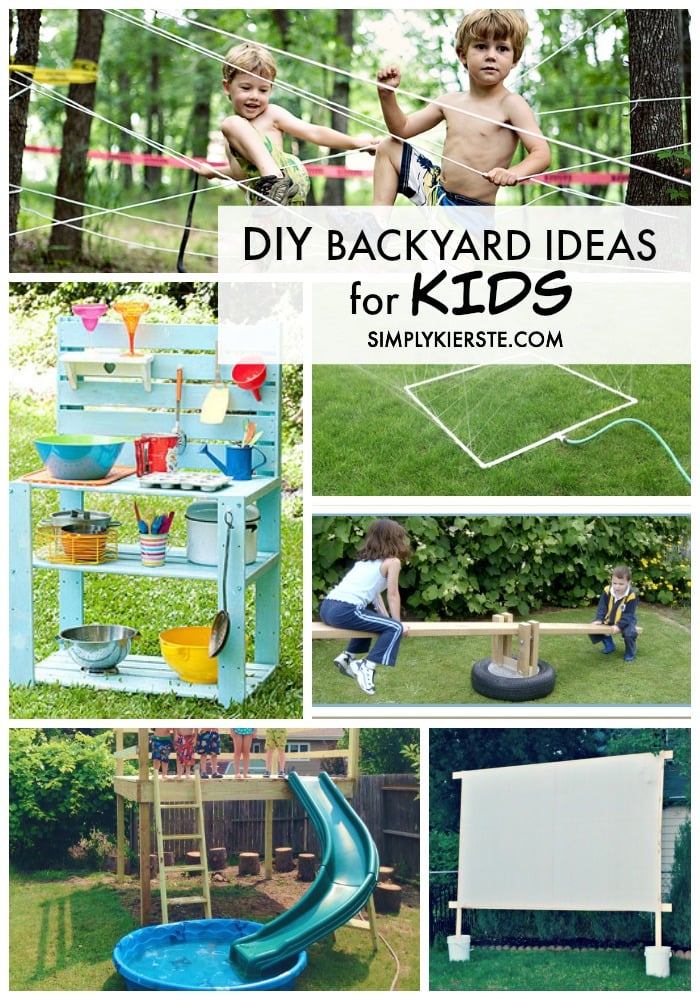 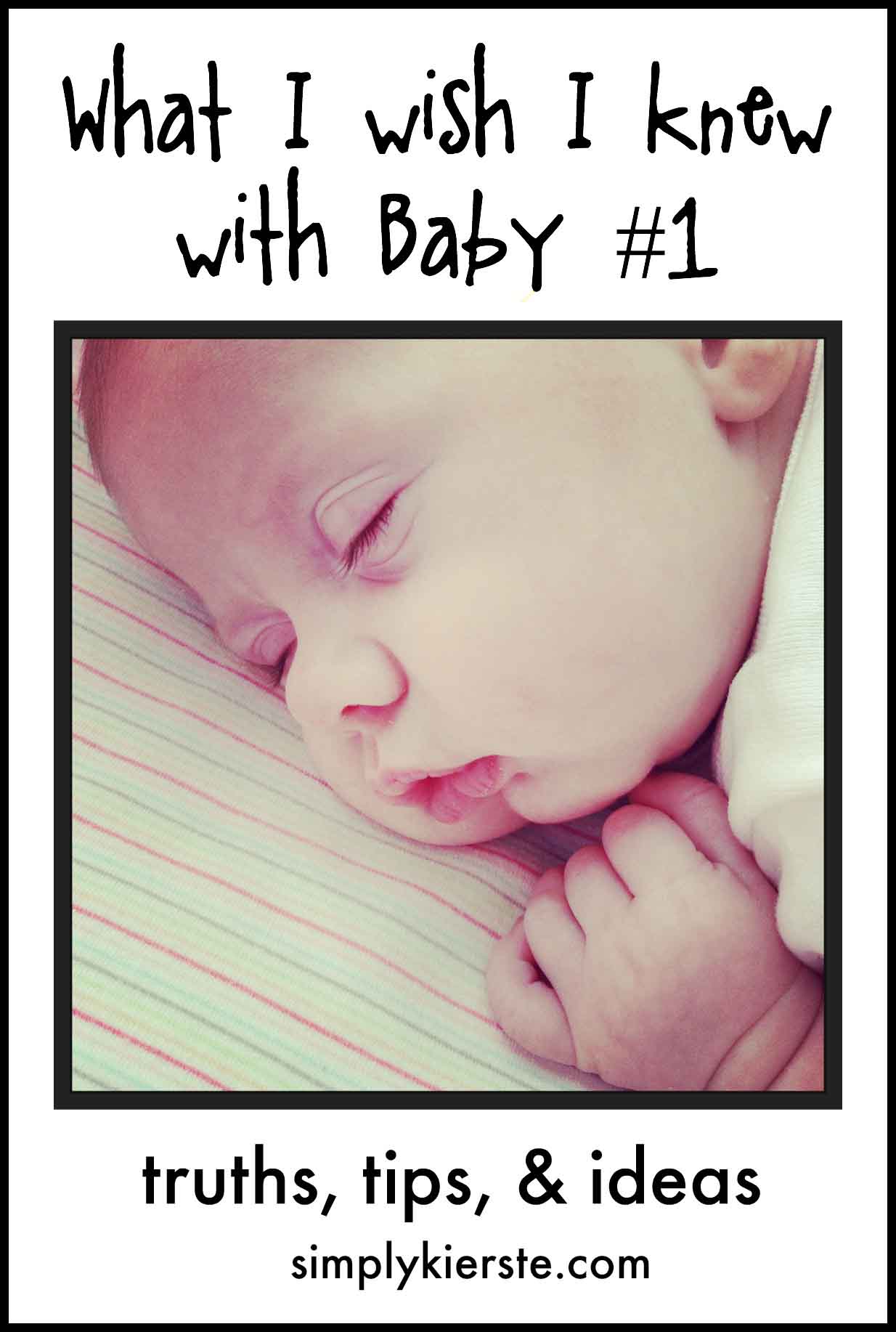 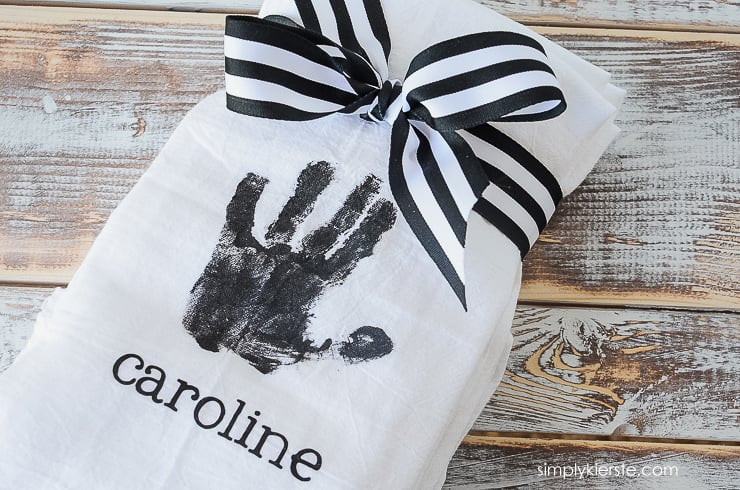