Expecting twins? Check out this list of twin must-haves from a mom of two sets of twins!  Lots of favorite baby items to make life a little easier! 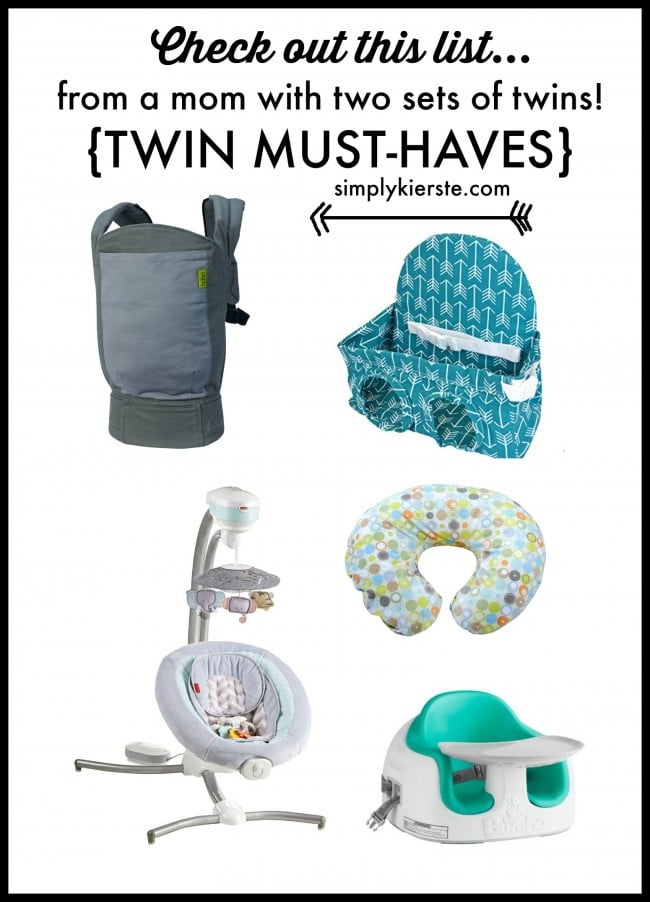 I vividly remember the moment I saw two little babies on the ultrasound screen, and we found out that we were expecting twins. So many emotions ran through my head–everything from pure joy to absolute terror.  Not that they weren’t wanted, but just that we had no idea what to do! We had waited such a long time for another baby, and so it was mostly on the joy side of things, but thinking about TWO babies at one time? There was so much to think about and plan for, and we started right away trying to figure out what we would need for these two beautiful baby girls that would soon join our family.  We learned so much over the next couple of years, through much trial and error, so when our SECOND set of twins was born, we felt much more comfortable with what was ahead.

We quickly discovered what our favorite products were, and what we considered to be “must-haves”, and those continued through both sets of twins.  I’m really grateful to the moms that shared their tips and favorites with me, so I’m passing mine on to you, in hopes that it will alleviate a little of the worry and overwhelming feeling, and you can focus on all that JOY!

{Affiliate links are included below}

Here are the things that we loved, and made life with twins so much easier!

Twin strollers can be very large, and very bulky, and I really wanted something that would be a little more compact–or at least as much as possible.  I absolutely love this stroller frame, and I used it with my favorite infant seat–the Chicco Keyfit 30. This is a universal stroller frame though, and will fit several different brands of car seats.  I LOVED it.  It folded down really flat, and it was super easy to open and close.  It also pushes well, fits through doorways, and was pretty easy to maneuver. I used this with both sets of twins…hands down a favorite! 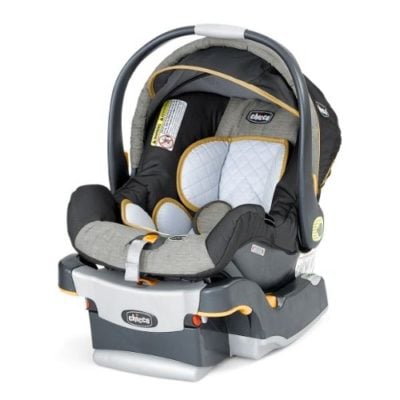 Speaking of car seats, this one is my absolute favorite–I love the Chicco Keyfit 30! Having twins means you have a higher chance of having the babies earlier than you might with a singleton, which also means they could be smaller in weight.  This carseat is safe for babies as small as 4 pounds!  Both sets of my twins were born between 5-6 weeks early, and while they were great weights (between 6 pounds and 6 pounds eight ounces), they very easily could have been smaller. 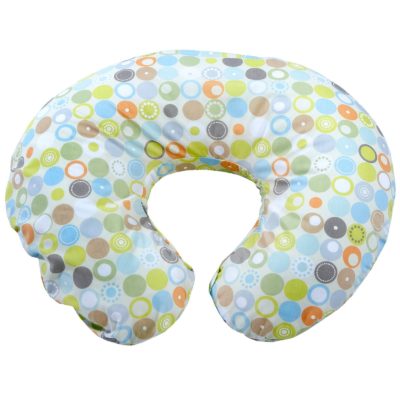 Whether you’re nursing or bottle-feeding your babies, having a comfy    place for them to lay on and for you to rest your arms on is imperative.  The nice thing about these is that they’re also great for setting babies down on the floor, or only able to hold one for whatever reason.  We used ours SO much!  They also make a pillow similar to the Boppy that’s specific for feeding twins, called My Brest Friend Twins Deluxe Nursing Pillow.  I never used it, but I also bottle fed my babies, and I found it easier to use separate pillows. If you plan on nursing, the one made for twins might be easier for you!

Oh my goodness, how I love this swing!!!  Like I love it so much I could marry it. Having twins means you won’t always be able to hold both babies all of the time, and giving them a comfy place to lay when you can’t hold them is important. I used this a lot when I was making dinner, trying to get a few chores done around the house, or just needed my hands for something else.  It’s also worth its weight in gold because it’s so soothing, and it’s has rocked my babies to sleep many times. 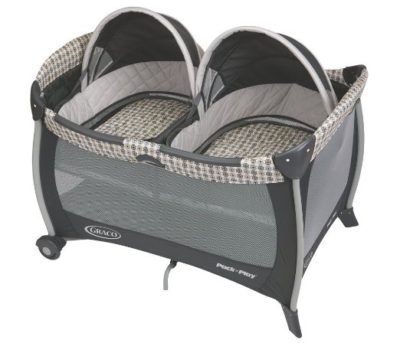 I will keep my pack ‘n play forever.  They’re just one of those baby items that can and most likely will be used over and over again. Eventually you need two of them for twins, but not in the beginning.  I kept a pack ‘n play on the main floor, so my babies could nap comfortably during the day and stay near me.  Whenever we went to someone else’s house, or on the road, it came with us.  The insert comes out when they’re too big, and by that point, you’ll probably need another one. I actually had one without the twins’ bassinet–it was  for a singleton–but it worked great too. My babies always loved to snuggle together when they slept, and it worked perfectly until they started to roll over.  So either way–with or without the separation for the twins–having a pack ‘n play with the bassinet on top has always been one of my most favorite twin items! 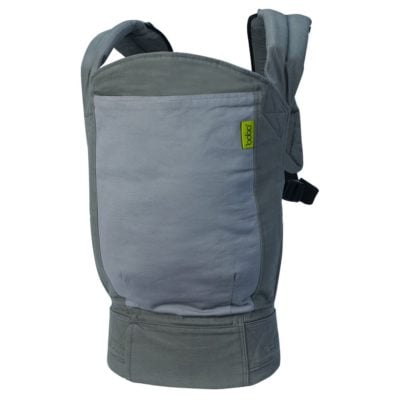 Having your hands free with one baby is important, but it’s even harder to come by when you have two babies. Often times there are too many babies and not enough hands, so having a really comfy sling or carrier is definitely on my must-haves list.  We like doing a lot of outdoor activities, and so my husband and I would each wear one while hiking, going to the park with our other kids, grocery shopping, etc.  I keep it in the diaper bag or the car–always!  Around the house they’re really helpful too, when you have babies who just want to be held, but you have things to do. I LOVE the Boba.  There’s also a newborn insert, so you can use it from the very beginning. It’s so much more comfy than the Baby Bjorn, and well worth the extra money in my opinion.  The support is a lot better, and I could wear it all day without my hips or back hurting.  You can also use it on the front or back, and up to age 4!  It’s still in good use at our house, and it’s saved the day many times.  There are twin carriers like the TwinGo Original Baby Carrier, but it was my preference to keep them separate.  The nice thing is, you do have your choice, and whatever you choose, I highly recommend having one…or two! 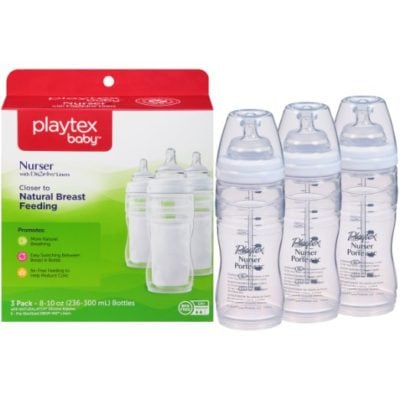 If you ever end up giving your babies bottles, let’s face it, you’ll have double of them. Double to make, and double to wash.  I absolutely adore the Playtex Nurser Bottles for lots of reasons, including the fact that you NEVER have to try and scrub out the bottle!  Just take out the used liner, and throw it away!  It’s SO worth it.  It also means carrying less bottles with you when you’re on the go, without having to worry about finding a place to wash them out.  If were going to be gone for 4-5 hours, that could mean at least 4-6 bottles we would need to give the babies.  Instead of having to take that many bottles with us, we only needed two!  We could just bring as many liners as we needed, and we were good. 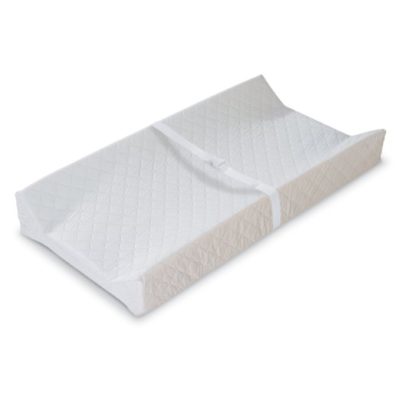 This is just a regular contoured changing pad that you would put on top of a changing table, but you don’t have to have the table! Having one or two in other parts of the house (upstairs and downstairs) is a lifesaver. I didn’t always move around a lot when I had newborn twins–and tended to stay in one part of the house a lot.  It was really nice to not to have to take the babies all the way upstairs, or all the way downstairs if I didn’t have to.  They’re also great if you want to take them with you on the road, or when you’re visiting someone’s home. 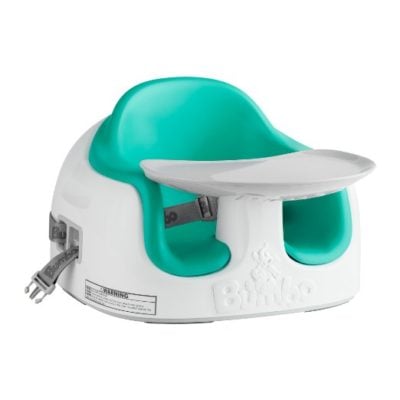 I just love Bumbos, especially with the tray. I can’t tell you how much I used them with my babies, from before they could sit up on their own (but could hold their heads up really well), and after.  They would sit in them to play, to get some alert time off of the floor and their back, and even to eat their first bites of food.  They’re small enough to be portable, so they were easy to take to other people’s homes or on the road.  My babies loved them, and I loved them! 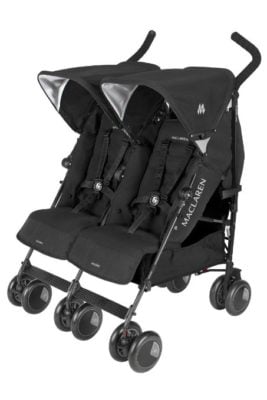 Strollers are one of those things that are really based on personal preference, and it seems like everyone has the kind they like the best. In my case, I have several I like.  I have a jogging stroller for running and other outdoor activities, but the Maclaren Twin Techno has always been my go-to stroller for everything else. I bought one when my girls were born, and they used it until my boys were born, and then they used for three more years.  It held up beautifully, and we put it through a lot!  They’re actually for newborns too, so they serve a wide age range.  I’m all about side-by-side strollers for twins–no fighting over who gets the front or back! Plus, they’re easier to steer! I was actually surprised at how small it does fold up–it’s not tiny, because it’s still a double stroller, but it doesn’t take up tons of room either.

Buy a thousand of these–they’re the best!!  I learned about these while at the hospital, and I’ve never gone back to any other kind.  I’m a believer in pacifiers–I would much rather take a pacifier away than a thumb! Plus, they have saved my sanity and helped my babies soothe themselves in the car, and at home.  I’ve had six babies, and all of them took a pacifier except the last one. Let’s just say it was a very different experience that time around, and really wished she would have taken one! 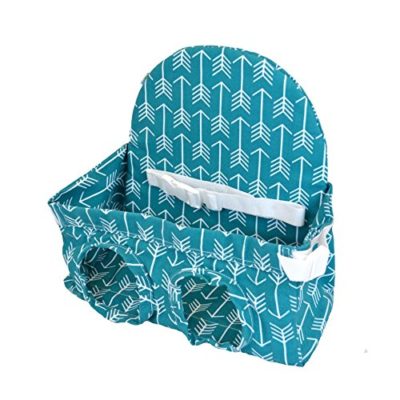 I’m going share something that I didn’t have, but I WISH I had.  I love love the idea of having another bench in the grocery cart, because the vast majority of stores don’t have it as an option. I can’t tell you how many times I pushed and pulled two carts, or a cart and a stroller!  It’s just really nice to have an option, and of course the inventor of the Buggy Bench is a twin mom. :)

There are a lot of other baby products that I love and used, but these are the ones that I especially loved for my twins. I wrote about all of my baby favorites, and also what I wish I knew with Baby #1, and you might find them helpful as well.

Having twins has been one of the most wonderful things to ever happen to me.  I never would have imagined that I would have one set, let alone two sets, but I feel so lucky that I do.  I’m excited for you to go on this journey as well–it can be very hard, especially that first 6 months to a year–but you’ll also discover just how incredible it is.  Enjoy it–it goes by way too fast, even though it might not feel like it at the time.

Fellow twin moms…do you have other favorites you love? 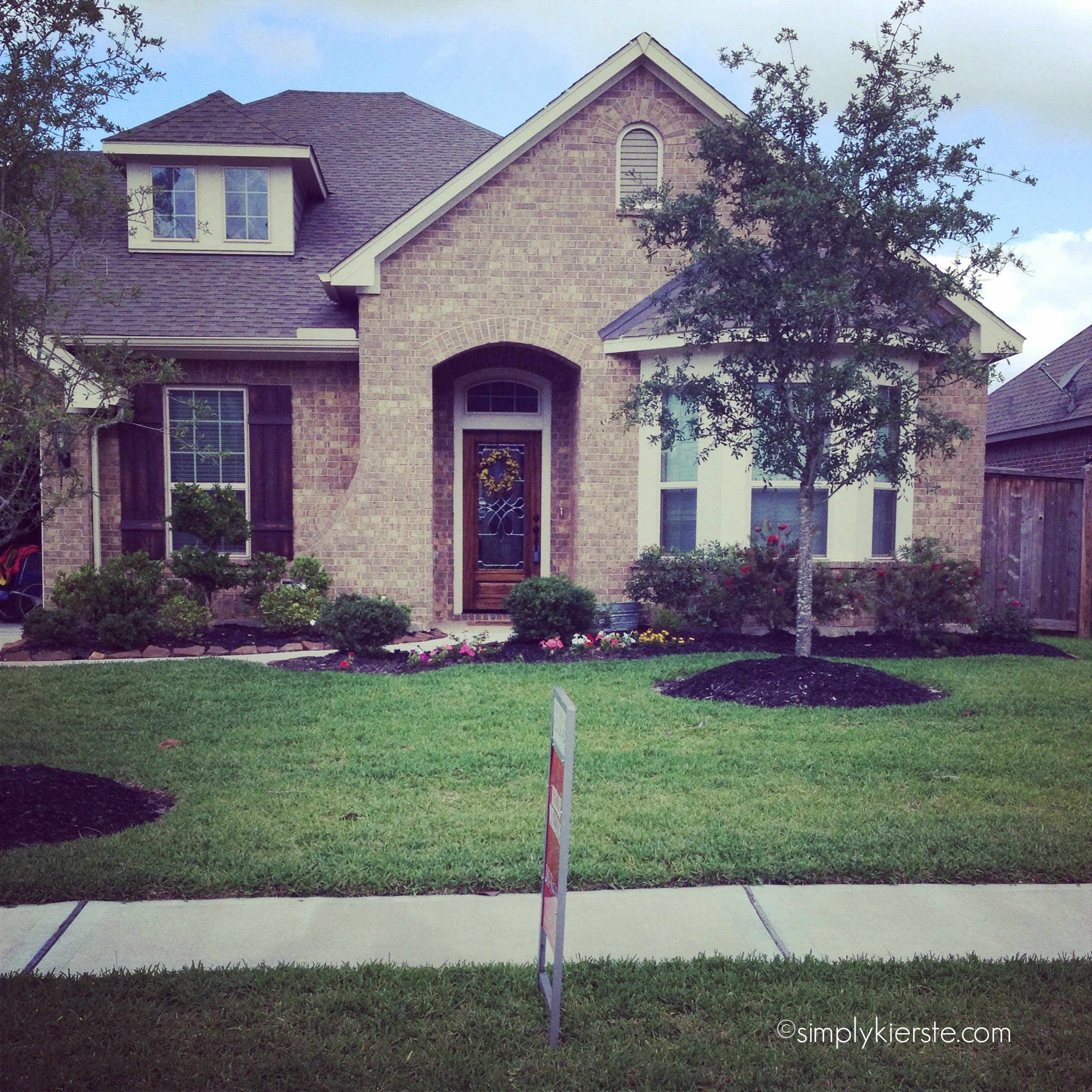 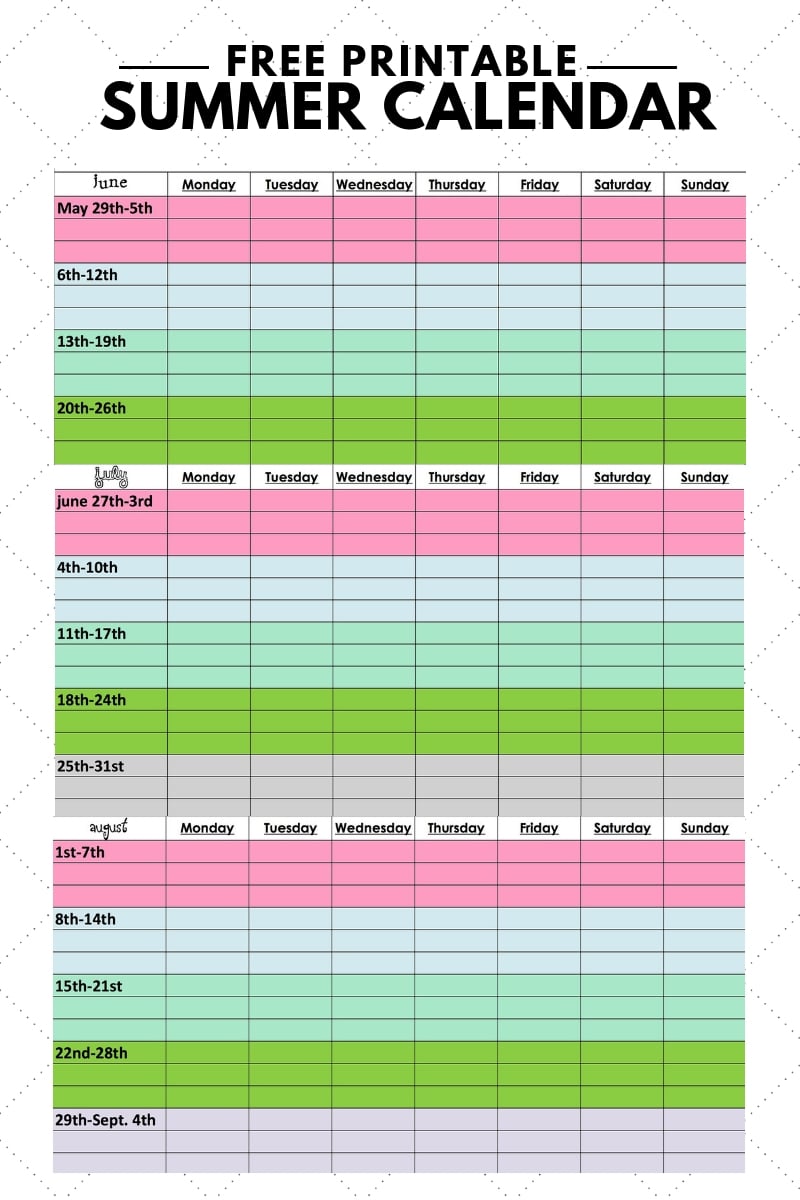 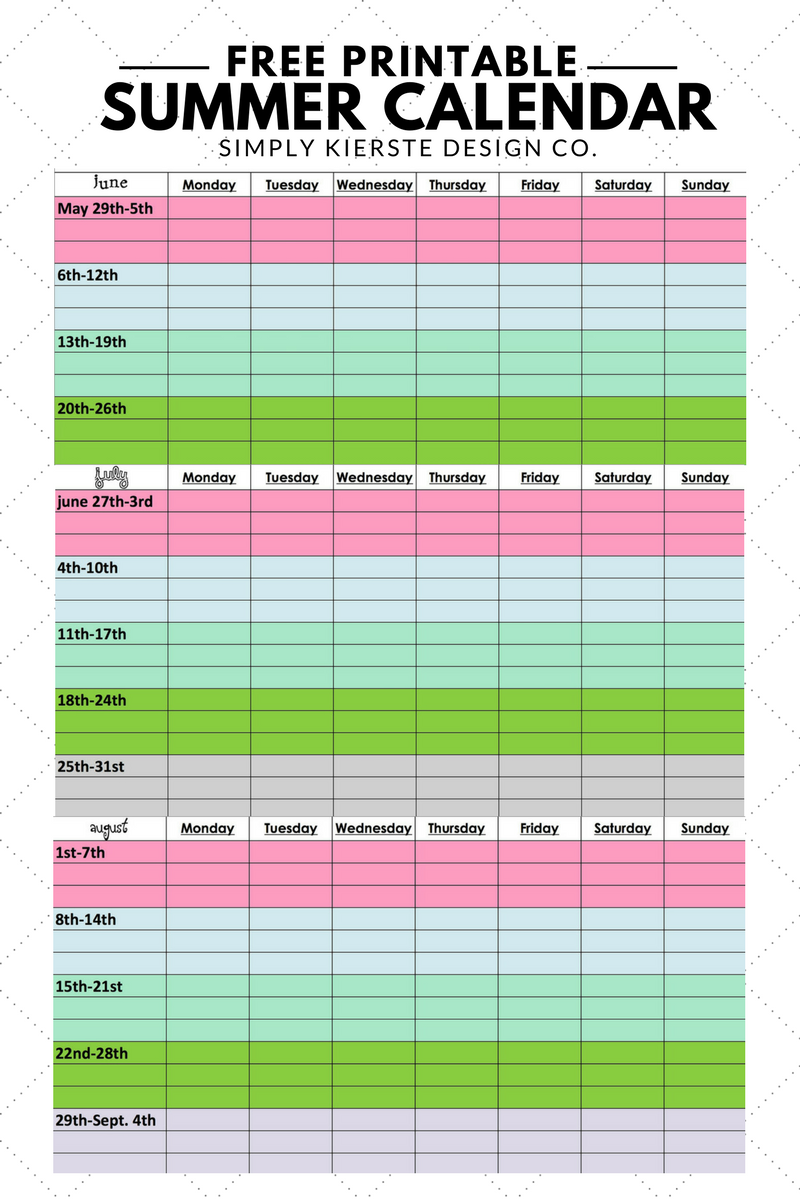