Skip to content
Hello!  It’s Michelle From Chalkboardblue!  I’m excited to share with you a fun sign you could make to accent a Boy’s or Girls Athletic Themed Room. I made this baseball sign for my son who loves everything to do with baseball! 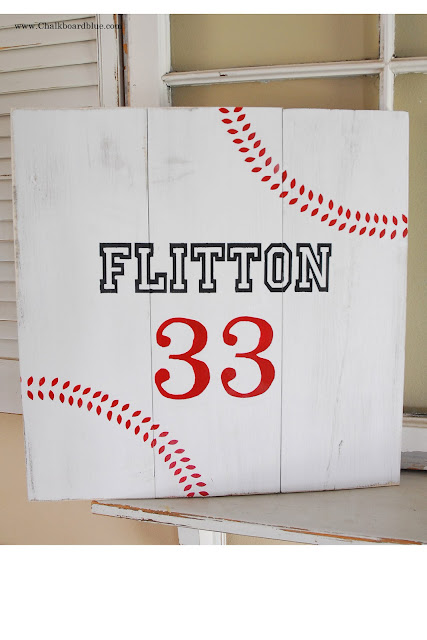 The finished sign measures 16 1/2 in. by 16 1/2 in.
I took One pine board measuring 5 1/2 inches wide by 8 feet long.  ( I didn’t end up using the whole 8 feet).
I pre-stained and painted my board before I cut it.  I stained it first with a dark stain.  When that dried  I painted it white.  I did this so when you sand down some of the white in places, the stain shows through giving it a weathered or worn look.
Using a miter saw, I cut 3 boards each measuring 16 1/2 in long.
I laid all 3 boards side by side. 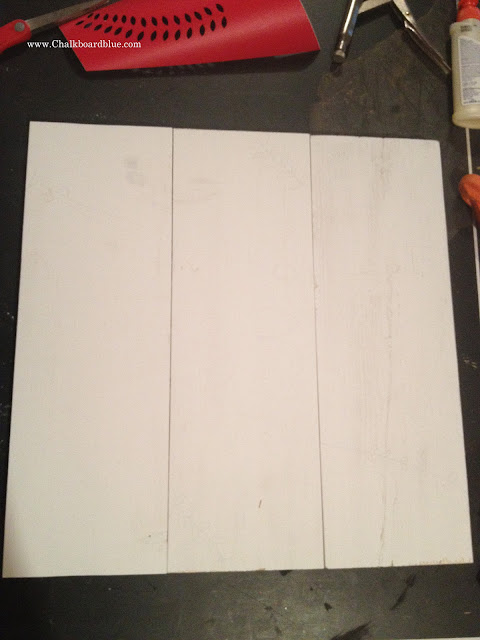 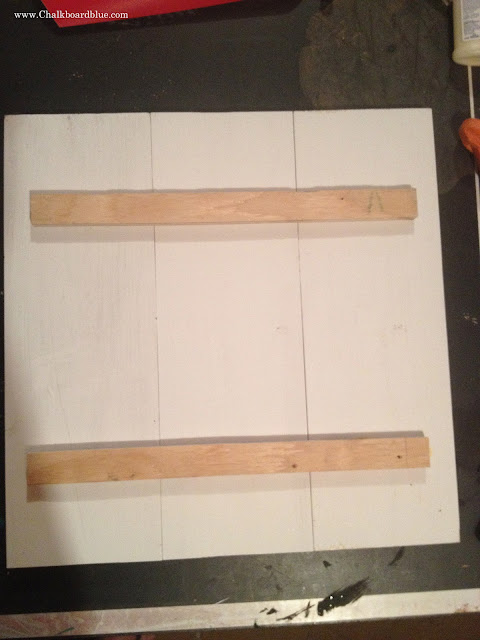 Once the glue dried, I flipped the sign over and  roughly sketched out where I might want the stencils to appear 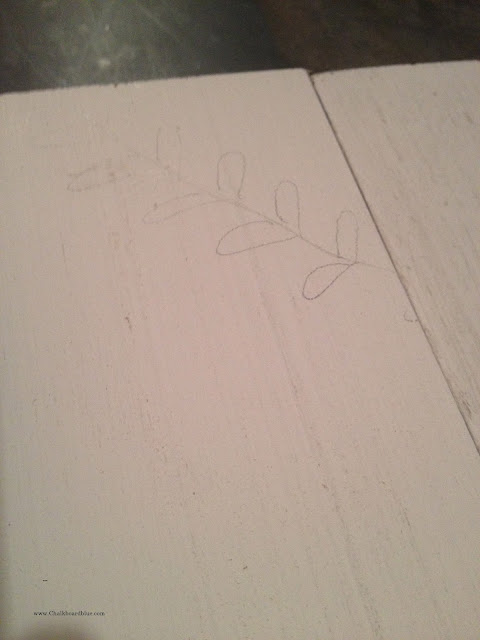 In Silhouette studio I created my stencils using the reverse or negative space for the stencil.  I wanted to have some baseball treads, but I needed to create my own.  I wanted something that resembled a tread of a baseball.
I created a stencil using a download of leaves from a tree download.   I chose one leaf, re-sized it to about 1/2 in. long and rotated it to the angle I needed it.    I next copied it and made another one exactly across from it, rotating it in the other direction kind of resembling the letter V. Still in Silhouette studio, I next copied and pasted that pair over and over, rotating the pair as I made a  quarter circle arch until I had what I needed.
To make sure  I had enough stencils for each corner, I cut two sets of stencils per corner, for a total of 4 stencils. Each measuring around 5 1/2 in. long.   I did not use all of the tread stencils.  I over lapped them and had to trim them down.
I used the same stencil design for the upper and lower corner stencils.
I cut all of my stencils using vinyl this time. 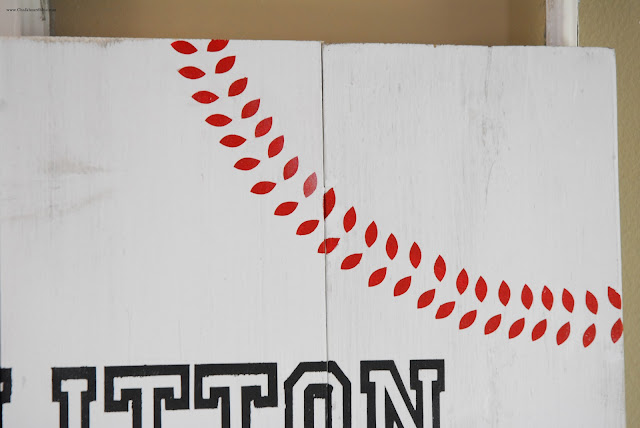 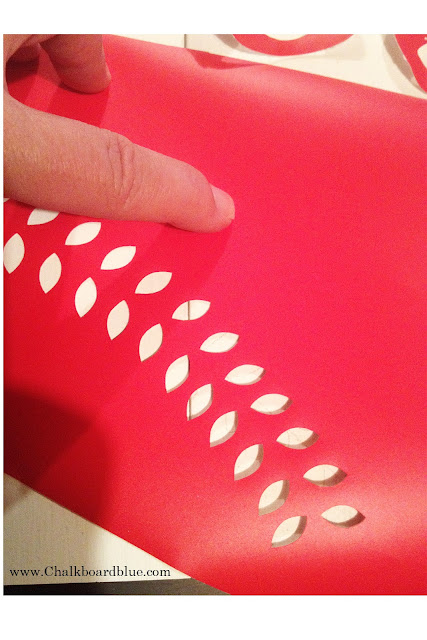 I laid out my stencils.  They did overlap each other in each of the corners.  I just lined them up and trimmed them until they fit a perfect quarter circle arch.  The top tread starts at roughly the middle center of the entire sign and ends roughly 5 1/2 inches down from the top on the right side. The lower tread begins in the middle of the bottom of the board and ends roughly 5 1/2 inches up the left side. 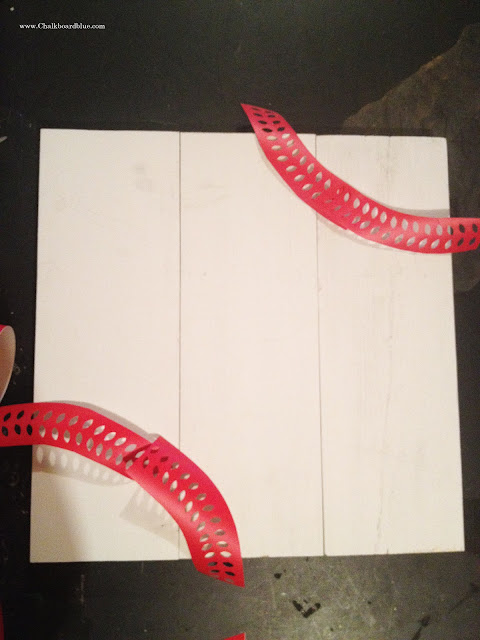 stuck the vinyl down and painted in the treads with red paint. 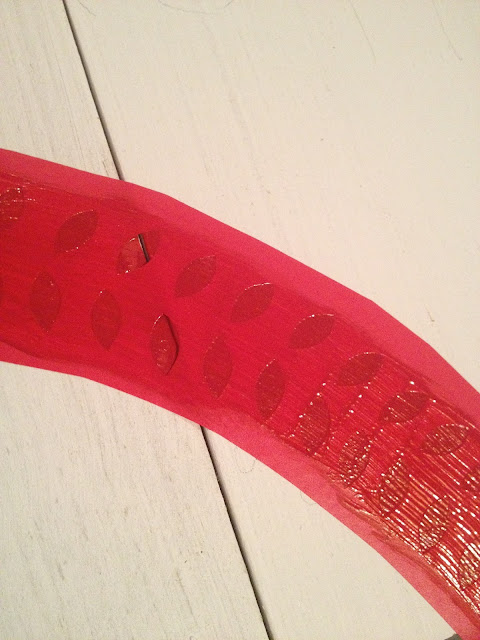 I peeled off the stencil to reveal the tread! 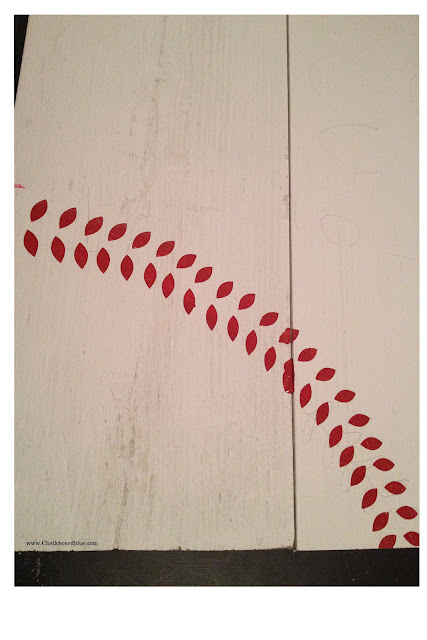 I also made our last name out of a College or athletic font. The font I used was called Princetown. It measures 2 1/8 inches high by 9 1/2 inches long.  Once the treads were stenciled on, I laid out the name stencil.  It is about 5 1/2 inches down from the top of the board. 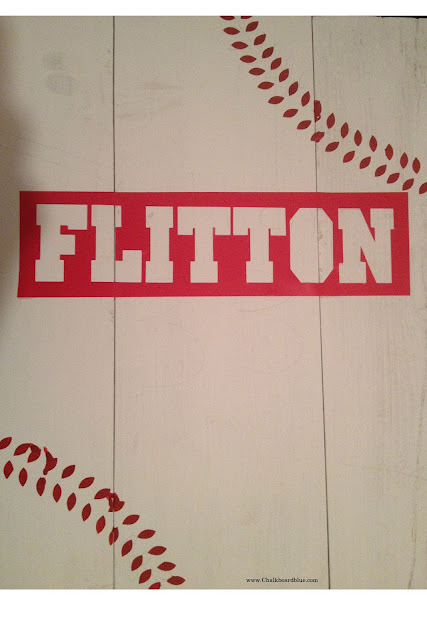 This athletic font had a middle filler that I also had to stick in the middle of each letter to create the white space. 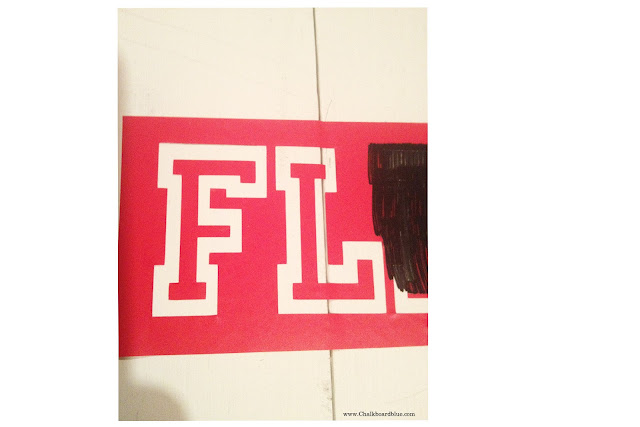 I painted over it in black… 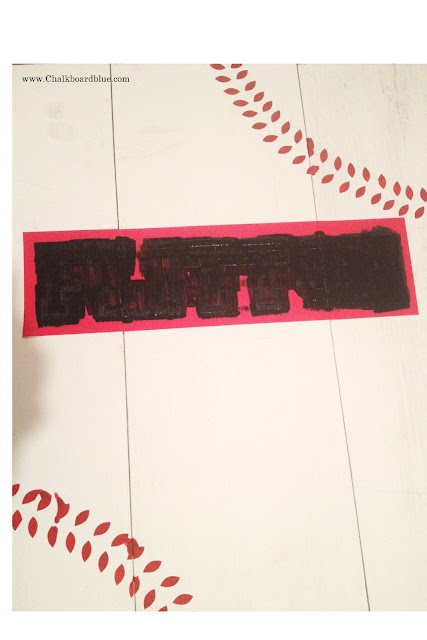 peeled that off to reveal the name 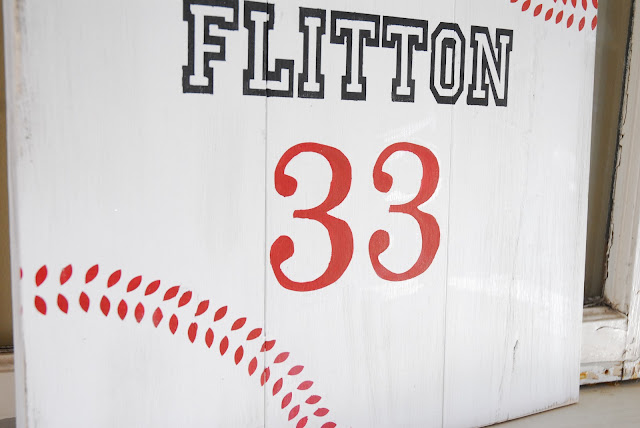 I cut out the number 33 as a stencil because that is the number my son plays.  Each number measures 2 1/4 inches wide by 3 1/2 inches high.   I centered the stencil of the 33 roughly 8 1/2 inches from the top and in the center of the sign .  Repeated the same steps as I outlined above for doing a stencil, stuck the vinyl on,  and painted it in with red, peeled off the stencil to reveal the numbers. 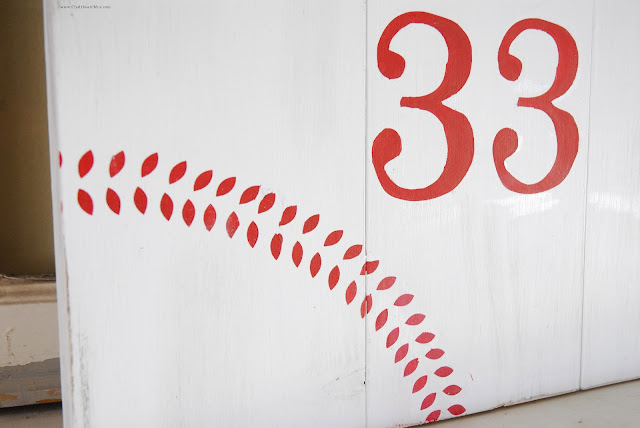 I did do a little bit of touch up work freehand with a small paint brush where the stencils bled through, but for the most part, it was pretty easy to do!  When that was finished, I sanded the edges and in various places to make it look weathered. 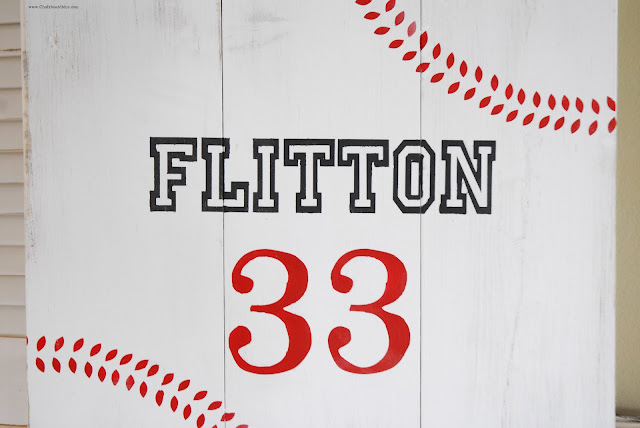 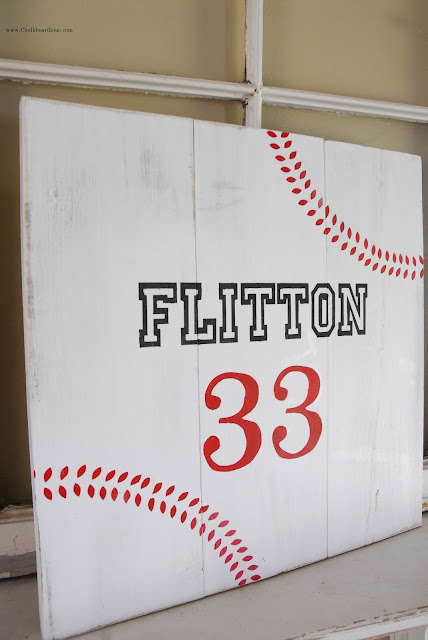 This will be a  great accent to a Boys or Girl’s athletic themed room!
I would love for you to check out my latest project I’ve been working on!  Pottery Barn art cubbies, that I designed and built with a twist!  You can see them Here! 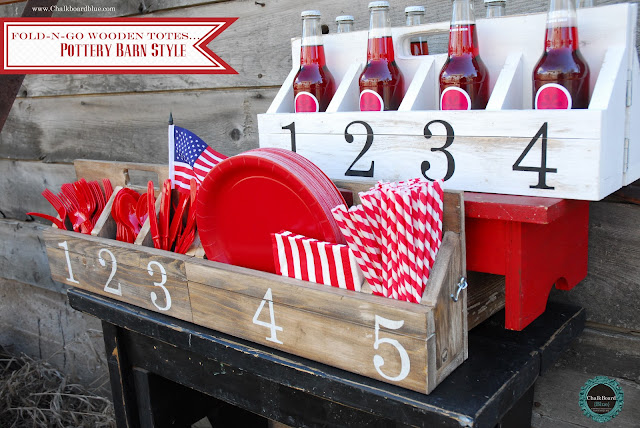 With Much Love & Gratitude, 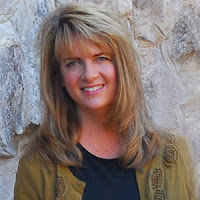 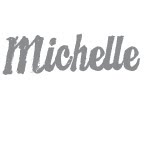