Yes, it’s been awhile since I’ve given any updates on the building of our farmhouse, but that’s changing today! I’ve had emails and questions about it, and I’m finally able to give some info and catch you all up on what’s going on.

So much has happened over the last few months! The main thing is that we decided to change locations, and move to a different town, about 45 minutes from where we are now.  A lot of factors went into our decision, and even though it means a big delay–more time in our little apartment, and more time with everything in storage–we couldn’t be more thrilled. More importantly, it feels right. This has been in the works for awhile now, but I didn’t want to say anything until we had decided for sure, and some of the details had been worked out.

We fell in love with a property that’s a hidden gem, and we can’t wait to make it official!  It’s nearly 9 acres, with a lot of wooded areas, and a large meadow in the center that looks like it was meant just for our home.  The town lies in the northwestern foothills of the Appalachian Mountains, so lots of rolling hills–and there’s a huge tree-covered hill at the back of the property.  It’s stunning, and I LOVE it!!

So…cross your fingers for us, that our offer is accepted and it will be ours!  We’re hoping to be moving forward soon, but probably won’t start building until March–when the snow and cold let up enough to dig. 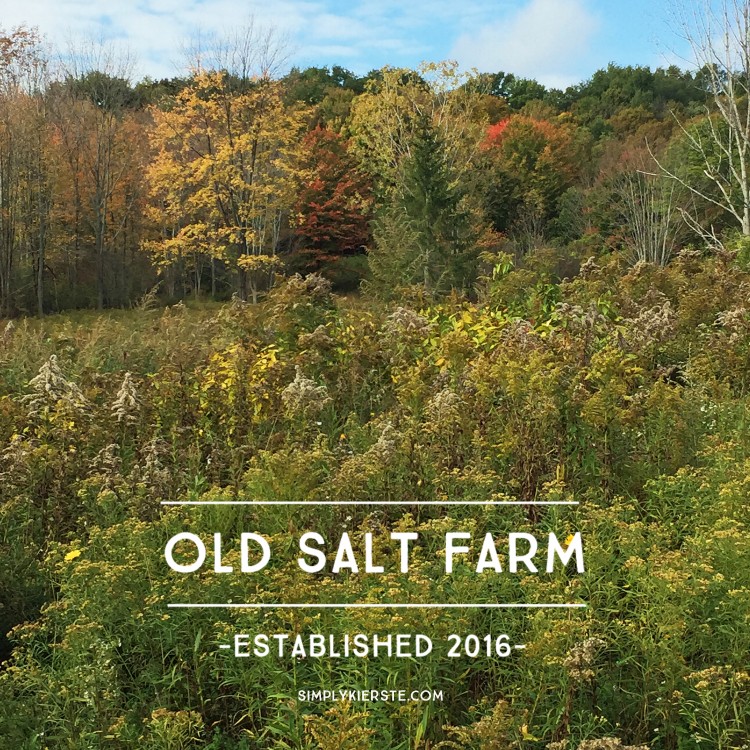 My cute hubby has been such a good sport about conducting treasure hunts at our storage unit to find different things that I’m really missing, or really need, and items for the kids that he knows that would love to have with them.

This journey has taken a lot longer and filled with a lot more bumps along the way than I thought it would, but we feel strongly it’s where our family needs to be. I tell myself that every time my kids are waiting in line for the bathroom, as I vacuum the house for the fourth time in one day (tiny living space + 8 people = a lot of dirt), when I’m really missing things in storage (especially holiday decorations at this time of year) and every night when I go to sleep in a bed that’s not my own. But…it will be worth the wait!

There will a little gap in the updates until we start the process again, but I’m excited to share some of the details of our plans, and things I’m doing now to get ready. We will be making a few changes to the plans, based on the lot, but it will provide even more privacy, since we’ll be about 800 feet from the nearest road.  We can see zip lines, tree houses, and a barn, and lots of exploring in our future!

It will still be named Old Salt Farm–that hasn’t changed–and the kids are still planning for goats and chickens, but are now begging for a cow.

But don’t quote me.